Why read this? : You need creative thinking to come up an idea and design for a T-shirt. We share how we used different creative approaches in our T-shirt designs. Learn the role colour, typography and composition plays in T-shirt design. Read this to see how to apply design theories to real-life design challenges.

In our recent Spreadshirt shop launch article, we shared why Print on Demand was our preferred first sales channel for online selling.

This week, we cover to how to be creative with T-shirts. We share graphic design skills and design principles we’ve used to move from theory into the practical side of designing.

We aim to make each new design better than the one before. In our article from the week after launch, we shared a key T-shirt learning was our need for smarter designs. Here’s some of what we’ve been thinking about to do that.

Most of the T-shirt and design suppliers like Spreadshirt and Redbubble come with a large choice of products. And, each product has a wide range of colours to choose from.

Our first designs didn’t really take into account the differences between printing on light and dark colour backgrounds.

As per our design principles guide, contrast is an important element to include when you design. But we believe, this leads to a slightly confusing choice for the shopper.

So, we’re now thinking ahead a bit more when we choose colours. We consider how they’ll appear on different colour backgrounds. While it’s also fun to think about the psychological effects of colour, there’s also practical considerations you need to work through.

Look at the recent design  on mumjuggling for example. Here, we have a magenta font ‘mum’ running on the black cut-out of the mum juggling.

This combination helps the image stand out more.

We also applied colour in design thinking to other elements in this design. The red font on the main mum juggling is complementary to the red gradient on the ‘balls’ for example. The gradient effect also gives a 3D feeling to the balls. We also slightly changed the angles of the gradients so the balls look a little more ‘natural’. As if they were really being thrown in the air.

We also considered the colour choice and how it will print. Colours on screen and colours on printed items won’t look the same, as our colour in marketing guide talks about.

We use the RGB colour system as it’s recommended by the print on demand companies. The quality of the finished product depends on the printer’s ability to transfer the colour from a digital file to the T-shirt.

As we’re still quite new to using the Print on Demand companies, we’ve found their help guides on colour useful such as this guide from Spreadshirt. When we set this site up, we started by browsing the Adobe Font library to see what typefaces were available. There’s a lot to choose from. We’ll share some of our experience of that, before we look at the typefaces we used on our T-shirt designs.

These came with the WordPress theme we used (called Neve, if you’re interested), but are also available license-free at font-squirrel. It’s important to check the usage rights on typefaces. So, whether it’s free for commercial use, or only for personal use for example. There are some great guides out there on where to download fully free fonts.

We also think it’s worth researching the fonts you use.

We can see that Libre Baskerville is a serif based typeface. It’s web font optimised and it has origins dating back to American Type Founder’s Baskerville from 1941.

It’s been adapted to make it easier to read on screen, and it’s been downloaded almost 650,000 times.

Poppins on the other hand is a sans serif typeface.

It works in Devanagari and Latin writing systems according to the notes on Font Squirrel. It’s been downloaded more than 700,00 times. You probably got to this page via the home page but probably didn’t pay much attention to the font choice. Who does? But it’s important to consider when building website pages to make sure the text is readable.

However, what works well on a web page doesn’t necessarily work well in other formats. And when we played around with these fonts on some early creative T-shirt designs, they didn’t work so well.

On T-shirts, we like the chunky El Grande for headlines. It’s a sans serif with a lot of curves and character. It stands out well when seen from a distance. And on most of our new designs, we’ve added a little (0.05in) drop shadow with no blur.

(Note : El Grande was part of the Adobe Font package when this article was written, but is no longer part of that package).

We also like Noteworthy as a copy font – it’s informal and script based. But when we tried Noteworthy in the mumjuggling design, it didn’t quite work.

So, we’re trying another script typeface called GoodDog New. We may well use it in future designs.

It’s chunkier, so it stands out more at a distance.

You can see these different fonts in the image with the mum juggling and introvert guide to Christmas designs.

(Also, check out our full marketing typography guide for more on fonts and typefaces). Our final thought on creative T-shirt design is around composition and layout.

We use a standard 11in x 11in grid for the basics T-shirt layouts. And we work mostly in Adobe Illustrator for layouts.

We tried one design in Photoshop (our recently added Gin and Tonic t-shirts started off with images of actual wine bottles).

But they didn’t work so well with the other graphics. So we ended up drawing our wine bottles from scratch in Illustrator. Some of the Print on Demand designs spec let you go bigger than this – especially the height, but we prefer to aim a little smaller. It’s easier to enlarge a design than to squeeze a design into a smaller space.

We mostly use the Snap to Grid function as this helps with a lot of alignment. Alignment is another topic we cover in our design principles guide.

The designs should be balanced for layout with images and fonts coming together. We also use the alignment tools in Illustrator a lot once we have the basic elements in place.

Images and text we try to centre align as a rule to give some balance. But only where there’s not a lot of text, as centre-aligned blocks of text are harder to read.

We’ve added more design notes about our creative T-shirt work on our design page. But for this article, we wanted to connect our T-shirt thinking with content from our creative skills section.

We hope these give you some ideas on how to apply design skills with actual products sold online.

It’s been quite a creative week overall, because we’ve also started looking at another Print on Demand option called Society 6. We’ve managed to get a couple of test designs uploaded here. It seems more artist oriented than Spreadshirt or Redbubble. Plus, it seems to offer a wider product range. But, it’s got a lot of different product specifications. And that means a lot of resizing images to get them on the main range of products there.

And that’s a job we’re saving for after Christmas,

Check out our guides on colour, typography and other design principles in marketing to learn more. Or contact us to see how we can help grow your creative T-shirt skills. 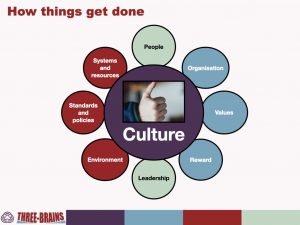 Why read this? : We share the 3 key areas which help you build a more creative culture in your business. Learn from our practical 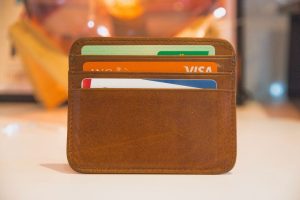 Why Read This? : We look at the on-going challenge of managing e-Commerce payments. Learn the role of payment gateways in helping you manage payments securely. 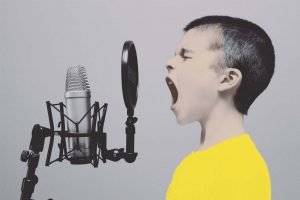 Finding your brand’s tone of voice

Why read this? : We look at how you create and use your brand’s tone of voice. Learn the key role it plays in your brand