The world of media buying is weird Snapshot : Your media spend is usually the biggest part of your marketing budget, so you have to spend time with media buying. But we reckon the world of media buying is weird. You have a “product” that is intangible and transient. And the industry behind it is a weird mix of overcompensating detail and social relationships.

We recently spent a bit of time updating our guides on media planning and digital media planning. And in the process of this update, it really struck us that media buying is weird.

Why so, we hear you say?

Firstly, there’s the nature of media itself. In particular the “product” that’s being sold. It’s intangible. You can’t really touch it. And it’s transient. Once it’s gone, it’s gone for ever.

Secondly, there’s the people that work in media planning and media buying. As we’ll show they have a terrible habit of trying to justify what they do. And they do that by overcompensating with detail. A lot of detail.

And finally, there’s the whole relationship side that goes with media. Much of what happens in the media buying world isn’t based on logic, but on relationships.

Let’s see if we can pick those apart a little more to show why media buying is just weird.

The nature of media buying

Take a moment and think about what actually happens when you plan and buy media.

What is it you are actually buying?

In fact, what you are actually buying is a placement that has a “space” and “time” factor. Your advert will appear in a particular “space” at a particular “time”.

And the benefit to your business is that enough of the right people will see that space / time combination that they will change their attitude or behaviour. And that change will benefit your brand.

Pause for just a moment, because there’s quite a lot going on in that last little bit.

Firstly, you are buying a “space” and “time”. Now, put aside the fact that it makes you think of Doctor Who. Or is that just us?

When it comes to the “space”, the media product itself does occupy a space in the world. But not one you really quantifiably touch.

The media product you buy is not tangible in the way that the coffee you bought this morning is. Or those new sweatpants you’ve got your eye on are.

You might see a TV ad, or a digital banner or a search result in context. But actually, you only see your own individual instance of the media placement. You don’t see the way it’s served to the rest of your target audience. Only they see and experience it, and again as individuals, not as the sum of all its parts.

And yes, maybe with a print ad, or a billboard you could tangibly ‘touch’ the advert. But again, you only get to see your own individual instance of the media placement. Not those of the actual audience.

And then there’s the fact, that your advertising only occupies that space for a fixed amount of time. The 14 day outdoor billboard, the 30 second TV slot, or the three second online video view. And then it’s gone, used up, never to exist again. It’s transitory.

It’s this intangible and transitory nature of media that is the first answer to why media buying is weird. Because how can you plan, buy or sell something that you never really see, touch or experience? And that only exists at a specific point in time, never to be repeated?

Well that brings us on to our second reason for why media buying is weird.

Now, we’ve worked with a lot of different media agencies and people who work in media planning and buying.

And by and large, they are a fun group of people (more of which in a second), who bring in a different type of knowledge that you won’t find in most businesses.

But let’s be honest, for those of us who don’t work directly in media planning and buying, the whole industry does give off the same type of whiff you get from the world of car sales showrooms. Or timeshare salesmen.

Because, let’s be even more honest, media planning and buying is very heavily focussed on making sales.

And it’s because the product they sell is so intangible and transitory, there’s a constant pressure to sell, because once that space and time has gone, it’s never coming back.

Which brings us to the second reason why media buying is weird, in that so many people who work in that industry spend so much of their time trying to convince you that it is something more.

Of all the different types of marketing agencies, media agencies seem to spend the most time justifying their existence. (Though market research agencies can run them a close second).

In our experience, at least once a year, there’ll be a review meeting between the media agency senior schmoozer and the head marketing honcho at the client.

And with the same certainty that Donald Trump’s tweets will cause widespread offence, there’ll be a proposal that the media agency needs to ‘train’ the client better when it comes to media planning and buying. Absolutely guaranteed.

Which generally ends up in a full day media training session. With hundreds of Powerpoint slides. And the minute details of the media landscape, the media process, the latest media jargon, what the agency does and why everything costs as much as it does.

We’ve sat through so many of these. And to be honest, we do wonder who they are for.

Because most clients don’t really know or care about most of that stuff. That’s why they hire experts from a media agency to do it. But what they do care about how media buying can grow their business, that bit is where most media agencies really struggle to tell a good story.

In fact, generally the only thing worse than a media planning training day, is the media post campaign analysis session.

Because at that, you suddenly get bombarded with page upon page of graph and trend line and generic buzzword bullet points. But somehow these never, ever seem to say the media agency didn’t do as good a job as they could.

At best, you might get an acknowledgement that some placements underperformed. And that they’ve negotiated bonus placements to make up the difference.

But this is a little like eating a terrible meal at a restaurant, complaining and then being given an extra free terrible desert and coffee afterwards.

While it’s important to review performance as part of your marketing plan, it’s often done in a way that suits the agency and not you.

That’s not a good thing because it’s YOUR money. So, like we say, media buying is weird.

But we’re not quite done yet.

The relationship side of media buying is weird

Because despite the death by Powerpoint nature of most media agency planning meetings (and don’t even get us started on the damn media schedule spreadsheets), the really weird thing about media buying is how much of it depends on relationships and who you know.

In our experience, the type of people it attracts and who go far in the industry really lean towards the extrovert side of the spectrum. There’s so many meetings, events and happenings in the media world, that it’s a socialiser’s dream.

And that’s just the official networking. There’s also the unofficial side. We’re pretty certain that the most profitable pubs and cafes in any city are the ones you find near media planning agencies.

Because, when they are not writing mega long Powerpoint decks or incredibly complicated media schedules, that’s where most media buying types seem to spend the vast majority of their time.

And you know what, to be honest, if that’s what it takes to get the work done, it’s not the worst thing in the world.

But bear in mind that as a client, your media spend is for sure the largest part of your marketing budget. And the fact that the people responsible for spending that live in a world of overcompensating details or a high adrenalin social whirl, well, that is not normal.

Yep, for sure, the world of media buying is weird.

Check out our guides to media planning and digital media planning to find out more. Or contact us – we’ve had a lot of experience in working with media agencies and navigating through the weirdness.

Share this content
PrevPreviousCreativity in business is for everyone, including you.
NextColour psychology in marketing – your choice of colour mattersNext 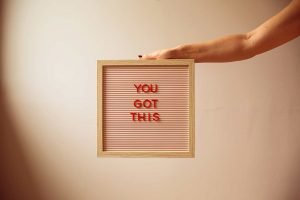 Meeting the media sales team – make it awesome, not awful

Snapshot : Media agencies sometimes recommend you spend your media budget with a single media supplier to get a better deal. This leads to media sales Colour in design and what it means for marketing

Snapshot : How to explain and how to use colour in design. We focus on key business and marketing goals and some of the choices