Snapshot : The use of swear words in advertising presents you with a dilemma. If you use swear words, you may lose some people because you offend them. But swearing taps into deep and relevant human emotions. And in the right context, swearing can make your brand seem more relevant. Read our guide on how to make swear words work for you. Ya nosy bugger, ya.

Is bad language good for business?

What do “bugger”, “shit”, “pissed-off”, “crap”, “bloody”, “cheap bastard”, “bum” and “balls” all have in common? Well, no, they are not the various stages of denial of the impact of Covid-19 on businesses. Nor are they what we say out loud during the average ten minute trawl on Twitter.

No, these are the words which The Australian Association of National Advertisers Code of Conduct deem as “words and phrases which are innocuous and in widespread and common use in the Australian vernacular”. So, basically, acceptable swear words in advertising.

And on the flip slide, the “f” and “c” words are generally not permitted. This includes non verbal representations of the “f” word.

But words and acronyms that play on the ‘f’ word, e.g. WTF and LMFAO, but do not use the actual word are OK if used in certain circumstances.

But given a blog post is not an advertisement, we feel pretty free to take our pick of ALL the swear words on offer

Even more so, given we’ve just added a new resource for conference call bingo. The bingo sheets have both a SFW, non-sweary version and a NSFW, sweary version. No “c” words but 5 “f” words, and a bastard, dickhead, twat and a couple of wankers.

So swear words are quite top of mind for us at the moment.

And for those stuck in the challenge of trying to work around all the pandemic restrictions, we’re pretty sure we’re not the only ones. The creative dilemma of swearing

We find this use of swear words in advertising an interesting topic because it presents a creative dilemma when you have to write copy.

On the one hand, you want to grow your business. To do this, you want to aim for the largest potential audience possible.

But the challenge with larger audiences is that they also have a larger range of things that will offend them.

So, when you aim for a large audience, you tend to aim away from anything that might offend some people. And that includes swearing.

You never see mega-brands like Disney or Apple or Coke using swear words in advertising for example. Snow bloody White is never going to pick up a buggered i-Phone and drink a damn Diet Coke in an advert for example.

Though we’d love to see THAT ad!

But in your advertising, you also want to reflect the real lives of your target audience.

You want your brand identity and marketing communications to be emotionally engaging.

And swear words tap into deep emotions that are rooted deep into our brains and our culture. We read recently for example, that people who have dementia will still swear even if they have other speech-related challenges.

Think about the situations where you are more likely to swear. Meditating? Reading a book? Watching Masterchef? No.

But late for an appointment because that dickhead driver in front is going too slowly?

Missed out on that promotion at work to that sneaky bastard who is always sucking up to the big boss?

Swear words make sense there. Of course, they fucking do.

Those situations have emotional responses, and swear words connect to human emotions. That’s where the use of swear words in advertising becomes interesting.

When used well, swear words stand out. They make you stop and pause. They resonate with people when they recognise the emotions behind the context. Swear words do all the things that you want your brand message, your advertising copy to do.

They are swear words.

Having read the whole Australian Association of National Advertisers code of ethics, it takes a surprisingly pragmatic view of the realities of both advertising and Australian culture.

Which we could basically some up in five words. : “Do not be a dickhead”.

Next, avoid obvious discrimination or vilification on the basis of race, gender, ethnicity, nationality, sexual preference, disability or religious and political views.

And finally, take care around what you do in advertising to children.

It would be too much to expect everyone to have the common sense to follow these basic principles all the time. Some people just get a kick out of breaking the rules, after all.

But we hope we don’t cause offence when we say anyone who doesn’t understand these principles of not being a dickhead, is clearly defining themselves as a dickhead.

However, while there are many offensive words associated with discrimination or vilification that we won’t repeat here, those are not the same words as your basic raft of swear words.

How brands can use swearing

So, if swear words tap into deep emotions and that’s what you want in your advertising, how can brands use that to their advantage?

For us, it means going back to the basics of writing for advertising  that we cover in our skill guide in our writing skills section.

Know your audience and be true to your brand identity and positioning.

If part of your target audience is likely to be offended by swear words in advertising, then of course, don’t use swear words. And yes, there are people who are offended by all types of swearing all the time.

But for MOST people, it’s really a question of context. And, that’s where the opportunity for advertisers lies.

But that moment where your kids smear sticky jam all over your expensive new cream sofa? If you see an advert for product that lets you that clear up after those messy little fuckers, that would resonate. Good context.

If your target audience are business professionals like doctors, teachers or lawyers for example, where content is often more factual and formal, swear words are not going to work well in those situations. Bad context.

But an advert that shows that moment, when that patient, pupil or client totally ignores the advice you’ve given them and does something completely stupid instead? That would bloody well ring true. Good context.

If you are a coffee shop or cafe where people go to hang out and meet friends (at socially acceptable distances), you don’t want to be surrounded by a tirade of profanity. Bad context.

But a description of your coffee as damn good. As better than that crap they serve at Starbucks. (side note : we have no idea why Australia finds Starbucks coffee so bad, but they do). Perfectly acceptable. Good context. Be relevant to your brand identity and positioning

You choice of whether to use swearing in advertising at all, and if so, how often and when can often come down to your brand identity.

Brands that actively choose to push boundaries and be challenging can apply that to their use of swear words in advertising.

If you are a brand that has defined its personalty as rebellious, challenging or a bit of a maverick, then you are almost obliged to use swearing in advertising.

No-one would bat too much of an eye if Harley-Davidson uses swearing in advertising. But it would feel very odd from BMW.

Alcohol brands, especially those tied in to on-trade occasions, let’s say tequila brands for example, can get away with using swearing in advertising in the venue. But soft drink brands, probably not.

And marketing and advertising agencies who have big important national clients who advertise regularly on TV and who have corporate reputations to protect? They will be unlikely to use a lot of swearing in advertising.

But smaller, more maverick marketing coaches and consultants, well, they can and probably should swear a lot more fucking often.

If you could make ads more sweary?

Let’s close off with three categories, where we could see swearing actually working – cars, alcohol and marketing agencies.

The target audience in each case are all adults, so no worries on children seeing the ads.

Married couple get into a Tesla. The woman is driving, because you know, equality is a good thing and all that. She switches it to ludicrous mode and 2.8 seconds later, the car is already at 60mph. As the man peels his face back off the windscreen,

It’s a dark dingy bar, way past the witching hour. Two guys who are the worse for wear are eyeing up an attractive looking couple of girls at the other end of the bar. Guy number 1 wanders over, to the girls, says something we can’t hear. The girls shake their heads, laugh and then walk off. Guy number 1 comes back.

A cafe owner is sitting at the counter flicking through Facebook on her phone. Close up and she stops on an ad for a marketing agency. “Fed up of all those marketing agency adverts who claim they have a sure-fire way to drive more traffic, raise your SEO, boost your social presence, raise sales, cure cancer and rid the world of Donald Trump? Yeah, we’re sick of that shit too.”

Cut back to cafe owner.

“Finally, someone who gets me. Thank fuck.”

A final word on swearing

We think swearing in advertising comes down to this.

If you can’t see where swearing fits in the context of your audience and brand, don’t use it. Plenty of other words in the dictionary.

But if you can use swearing to tap into existing through patterns and the way people really feel, then you have a powerful advertising tool in your hand.

Moving back to real-life again and away from the crazy world of advertising, you might also want to check out those new Conference Call Bingo sheets we just added.

Particularly, given how much we rely on conference calls and video calls at the moment.

You can play the SFW version which is all the things that people say during a call. Think of this as the equivalent of the “safe”, non sweary approach to writing we’ve covered above.

But then you can also play the NSFW version, Because these are all the things you typically THINK during the business purgatory that is a conference call.

We know which one is more fun to play.

And we’re damn sure you do too.

Check out our guides on brand identity and advertising to see the non-sweary context that sits behind this article. Or, of course, you can always contact us with our damn contact form.

Woman giving the finger by engin akyurt on Unsplash

4 thoughts on “Swear words in advertising” 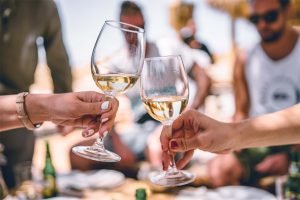 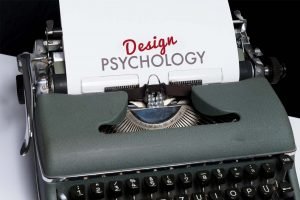 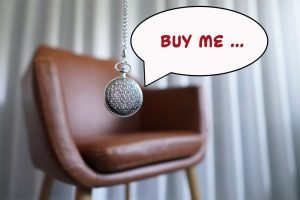