Make a fontastic choice – use the psychology of fonts

Why read this? : We look at where and how the psychology of fonts can add value to your business. Learn how it can boost your brand identity on key visual assets like logos, packaging and advertising. And how you can use it to reinforce intangible assets like your brand values and personality. Read this to learn more about the psychology of fonts.

As a follow-on from last week’s colour psychology article, this week, we look at another interesting overlap between behavioural science and creativity. And that’s the psychology of fonts.

When it comes to fonts and typography in general, you usually get one of 3 responses from people.

By far, the vast majority of people couldn’t care less about fonts.

They open up a Word document or a presentation. They type in whatever default Calibri, Times New Roman or Helvetica Neue option comes up. Maybe if they feel adventurous, they might slip in a little Arial or Gill Sans.

Then they get on with the rest of their day. There’s nothing wrong with those. But when you pick the default choice, you’re playing it safe. Taking the boring option. You’re saying you’ve no opinion, no interest, no desire to be different.

And for some brands, safe and boring may well be what they want to convey. But for others, life’s too short to play it safe and boring. Some brands want to stand out and be different.

Your choice of typography and font is an opportunity to stand out. If you lead the market, clear repeated use of your font helps customers recognise and remember you. And if you’re a challenger brand, it helps reinforce why you’re different as part of your brand identity.

The nerdy font minority care too much

When we started to research fonts for our typography guide, we found there are also people who care about typography and the psychology of fonts a bit too much. They’re at the opposite end of the spectrum to those who don’t care.

They’re mainly graphic and logo designers. And there’s over 175k of them who’re members of the typography reddit thread. And to be fair, when you dig into it, there’s a surprising amount you can learn about typography.

From the different styles of fonts, to serifs and non-serifs and script fonts, it’s like opening up a Pandora’s box. Full of minute details and tips, tricks and skills to use typography that little bit more skilfully. You can spend hours, days, weeks reading why serifs do or don’t make a difference, for example.

And you know what?

We get it. We get why it’s important to know the difference between old-fashioned and modern types, for example. How you can use the psychology of fonts to help reinforce your brand identity. Why a font for a craft brewery that’s been around for 150 years needs to be different from a font for an online fashion brand for millennials. We get it.

We also get why understanding how kerning, tracking and leading can be adjusted to make text easier to read, and deliver a better composition and layout. All really clear.

And of course, we get why Comic Sans is probably a font best avoided given how much hate there seems to be for it in the design community. Although the Comic Sans sub-reddit shows it’s very much still alive and kicking out there.

Spend time researching typography and fonts, especially in some of the forums, and you reach a point where some people are just TOO obsessive about it. And we mean really, really obsessive.

Most people drive their cars without knowing what’s under the bonnet. That’s like those who don’t care about typography at all.

The just right approach to typography

For us, there’s an even smaller but smarter group who sit between these first 2 groups.

That’s the people in marketing and e-Commerce who know enough about typography to know it’s important. But they focus on how and where to best use it. They’re like the drivers and not the mechanics if we keep that corny car analogy going.

The right font in your logo design makes a big difference. It’s repeated and memorable and makes your brand stand out from the competition. The right font on your packaging reinforces your brand identity at the point of purchase. If it’s clear, readable and memorable, it raise the impact of your words to another level.

On your advertising or website, it adds to the visual impression. It makes your messages more likely to be read and remembered.

When you take the time to learn how typography and fonts work, you learn a skill most marketers rarely spend any time thinking about. And while we don’t necessarily recommend you become a typography nerd, it’s a good extra string to add to your bow.

Look at how serif fonts are consistent with traditional brand values like respectability and authenticity. Or how you can look more modern and futuristic by using sans serif fonts.

Next time you write a presentation, think about your font choice a little more. What’s the impression you want to create? Do you want to be safe and predictable?

Have a look at fonts which have more character. Though again, NOT Comic Sans.

What if you used a Serif font for your headlines, and a modern sans serif for your body copy? What if you found some interesting script or special fonts you could use to create a stark contrast? The risk with typography?

We understand that sometimes the choice of typography can go wrong. Take the Gap example from 2010, where they replaced their 20 year old font, with a much more modern Helvetica look. And got so much criticism, they scrapped it after 6 days.

We’ve been watching the response to the new Arnott’s corporate logo which reminded us a lot of the Gap story. They changed something with history into something new and modern.

Except of course they didn’t.

Because anyone who read the story properly, soon realised the original logo was staying on the pack. And this was actually because of a change in the ownership of the business.

There’s a whole separate article we could write on how the general public don’t know and don’t care about the difference between companies and brands. About how they never read the details of press releases. But we’ll save that for another time.

For our 10 cents worth, we actually like the “parrot” icon they’ve used on the “A”. But, the font they’ve chosen, and its alignment or lack of alignment seem a bit weird to us. And that blue dot, that’s supposed to be an apostrophe? Don’t get that.

But whether you like them or not, the new logos and new typography in each case provoked strong reactions. And it’s these reactions which are the key learning. Because you want to create strong reactions.

Add the psychology of fonts to your marketing toolbox

We’re not saying you should spend every day thinking about typography and the psychology of fonts. But you should at least understand the theories behind it.

And when it comes to those discussions about fonts in your logos, packaging, advertising and website design, you should know enough about it to talk with confidence and competence.

In competitive marketplaces, you should be looking for every tool you can find to give you an extra edge.

And given, we know how little most marketers know or care about typography, this topic is a little underexploited gem to add to your marketing toolbox.

Check out our guide to marketing typography to find out more. Or contact us if we can help you find the value in applying the psychology of fonts to your business.

Bored in front of computer : Photo by Magnet.me on Unsplash 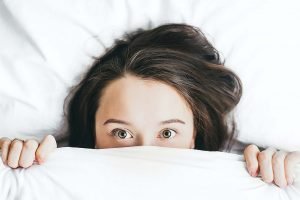 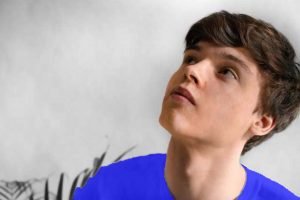 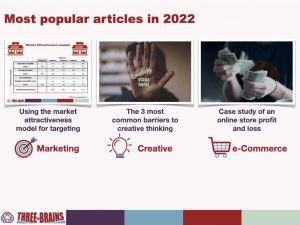